Last Tuesday, Citadel Salah El-Din witnessed the launch of the new 2022 version of the media platform “Cairo Milano Design”, which was created last year in partnership between Al-Bayt magazine published by the Al-Ahram Foundation and Italian “Fiori Saloni”. The platform was sponsored by Cairo 24, with the aim of creating a common communication space between Egyptian and international innovators in the field of architecture, decoration and interior design, under the auspices of the Presidency of the Council of Ministers Dr. Mostafa Madbouly, Italian Embassy in Cairo and the City of Milan, and with the support of the National Press Authority and the Al-Ahram Foundation.

The celebration began with an iftar, which was held in the open restaurant of the castle “Moulay”, then a film was shown showing the participation of great creators in the first edition during 2021 of the Design Platform of Cairo Milan, in addition to the agenda special for the second edition of this year.

Participation from media and public figures

The celebration was attended by a number of top Egyptian innovators, media professionals and public figures, including Amr El-Qadi, Chairman of the Tourism Activation Authority, Dr. Ahmed Ghoneim, Director of the Museum of Civilizations, Media Randa Abu El-Azm, writer-journalist Abdel Latif El-Manawy, Eng. Ahmed Makki, Chairman of the Board of Directors of Bunya Transformation Digital, Ambassador Ahmed Abdel Latif, Director of the International Peace Center in Cairo, Engineer Tamer Nasser, CEO of Heliopolis Housing, and the great plastic artist Ahmed Mostafa, in addition to the Ambassadors of Italy and Portugal , Ireland, Ghana, France and the United States, as well as the head of the Cultural Center for the Italian Embassy, ​​Davide Asclemani, and a group of leading real estate developers, designers and artists.

In her speech to the guests, Sawsan Mourad Ezz El-Arab, editor-in-chief of Al-Bayt magazine and founder of Cairo Milano Design, said: Cairo Milano Design started last year and the beginning was inside the Italian Cultural Center in Cairo, and the goal is launch the design industry to a higher horizon and a larger space to introduce the world to Egyptian creators, and make Cairo a global hub for culture and industry, and we are working to create Cairo Creativity Week in the near future because it is a national project that highlights Egypt’s skills in the field of creativity and industry and greatly serves the tourism sector.

The Italian Ambassador to Cairo, Giampaolo Cantini, delivered a speech in which he expressed his happiness for the cooperation between Cairo and Milan with one of the most important world platforms, Fiori Saloni. Next November, a group of Fiori Saloni platform partners will visit Cairo. , and the embassy is currently working on this with Al-Bayt magazine.

Engineer Ahmed Helmy, President of the Timber Industry Chamber, said: “We have in Egypt history and beauty that can be translated into international designs, and we, as designers and innovators in various fields of industry, have a role to play as ambassadors of the country.
As for engineer Sherif Abdel-Hadi, a member of the Board of Directors of the Furniture Export Council, he added: The Milan Exhibition is the school from which designers around the world learn everything new in the world of design and what Al-Bayt . the magazine is doing in collaboration with the global platform Fiori Saloni is an opportunity for all of us as stylists, especially since Italian designs are sometimes inspired by our Egyptian civilization.

In his speech, Engineer Mohamed Talaat, a consultant to the Council of Ministers on interior design, added: Egypt has designers who can compete in international projects.

The words were followed by a short film showing the various entries of the big names in the field of design on the global platform during its first year, followed by a special tour organized by Al-Bayt magazine inside the Muhammad Ali Mosque in Castle. , which opened in a special way on an extraordinary night, so that all those present transmitted through social networks photos that became trendy, admiring the splendor of the dazzling place in all its details. This special night is considered as a strong start of an agenda full of international participation with the creativity of Egyptian artists and this will be done in the coming months through events organized by Al-Bayt magazine and the Italian platform.

Al-Bayt magazine selected historical sites that highlight Egyptian civilization to hold cultural celebrations that bring together a diverse spectrum of Egyptian creators in all fields. “Cairo Milano Design”, in recent years, Al-Bayt magazine has undertaken to support the creative movement in the field of design, architecture, industry and craft development through special initiatives that have played a tangible role in the development of the movement creative, especially in the field of design and industry. 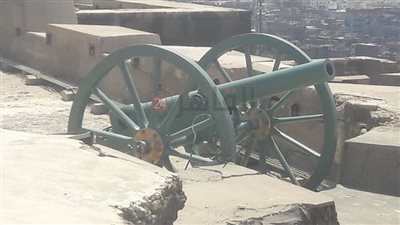 For the second year in a row, the Ramadan ball is fired from the fort of Salah al-Din al-Eyyubi.