Consumer markets are witnessing a widespread presence in Turkey, both online and on the ground, to meet the needs of the poor and middle classes who make up the majority of the population in Turkey, including Arabs, Afghans, Turks and others.

What distinguishes used markets in Turkey is that the goods sold in them are often clean and good and that their price is up to a quarter compared to new markets and that they are cheap and acceptable. for those on average wages. , especially with the low value of wages after the fall of the Turkish lira against the dollar, which destroyed product prices The new is a storm that only a few can withstand.

But sometimes there are problems faced by the buyer, represented by the difficulty of guaranteeing the security of the goods to be purchased, especially if it is a mobile phone or a computer or similar, whose errors and problems may not be known only after one time. of use, a time in which it will “strike what has struck and what has fled.”

There is another problem that residents in major countries like Istanbul, Izmir and Ankara usually face, which is the difficulty of finding the goods to be bought in the same area where the buyer lives, to save on the toll. may be equal to the price of the goal itself.

But perhaps these two problems have been largely overcome, through modern applications dedicated to buying and selling used goods, as the seller has an account within the application, which receives ratings from people who have previously bought from him, and they or push you to buy. from it if they are positive or refrain from it if they are negative.

The second problem was also avoided through the option to look for a specific commodity within the neighborhood or area in which you live, which saves you time, effort and money, especially if you live in a large state like Istanbul, whose distance between several the area exceeds 100 km from the other.

5 applications for buying and selling used goods in Turkey

One of the most powerful user applications in Turkey with more than 100 million downloads and a 4.4 / 5 rating in the Google Play Store.

With it you can sell or buy almost everything, from cars to electronics, from phones and computers, through clothes, shoes and accessories, and not to books, stories and novels.

Perhaps the most prominent feature that distinguishes it from other applications is the ability to search for a commodity within a given neighborhood or region, which saves shipping costs, time and effort, especially in major states.

Although a large percentage of Syrians enter it in search of a rented apartment, it is considered a very useful application for buying and selling used goods in Turkey, as it includes various forms of goods, from household appliances, cosmetics to to toys. also for food and drink.

Like the Late Go app, it also offers the ability to search for goods by geographic area you want and has amassed more than 10 million downloads and a 4.4 / 5 rating on the Google Play Store. 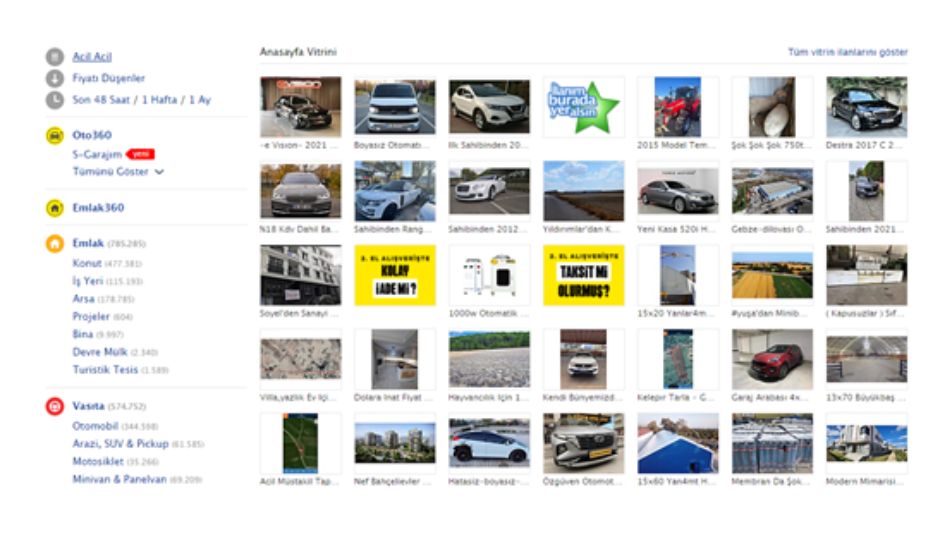 Otherwise, we may need a watch, a bag or a shoe and can not afford to buy a new one, so used is the solution.

From both cases came the idea of ​​the Dolab app, which specializes in selling clothes, shoes, bags and accessories such as hats, socks, watches and other used goods at the right price and good quality.

His downloads have surpassed the 10 million mark, with a rating of 4.4 / 5 on the Google Play Store. 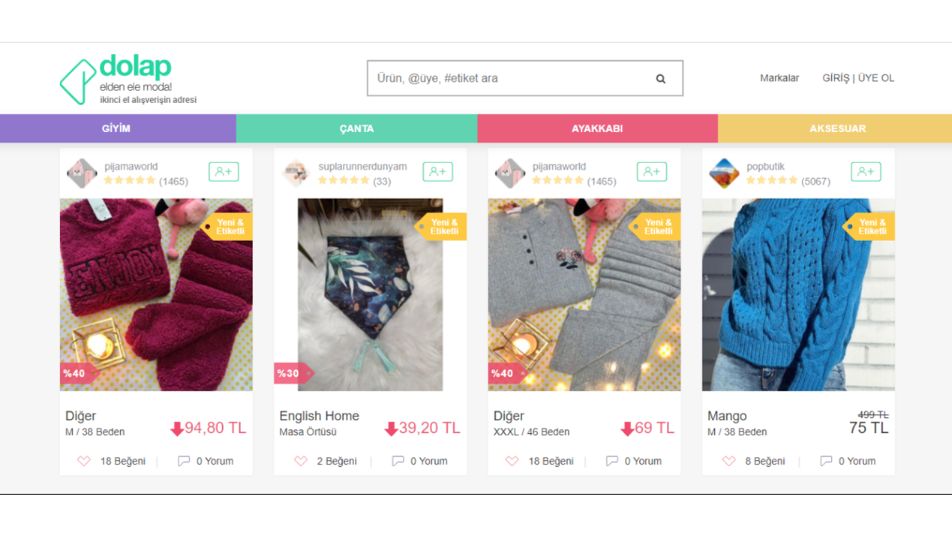 Facebook’s most prominent feature is its diversity in the field of buying and selling used goods through it, as it spread on its pages and within its groups, until the app dedicated a special tab to it called Marketplace in which you find everything. need, and by which he sells everything he wants, as long as it is enough To search for the word “used” and then add it to the name of the city in which you reside until you find a group dedicated to this purpose, most likely, all this, of course, is found in Arabic.

However, the disadvantage of Facebook is the inability to search within a certain geographical area in relation to groups and sites, but the Store tab tried to bypass this problem.

However, sellers usually do not take advantage of this, especially since a large percentage of them want to quickly post the item they want to sell even if it comes at the expense of details.

The most popular chat app WhatsApp has taken its share of buying and selling used goods in Turkey, through its groups, which include a limited number of people who often have a small geographical location, such as buying and selling selling groups in Esenyurt or Al- Zone Fateh or similar, in addition to the feature of communicating directly with the seller via text message or phone, and request additional details from him, photos or videos with any strain and ease.

The most salient disadvantage of the first three applications is the lack of Arabic language in them, which poses a difficulty for Syrian and Arabic users, despite the presence of techniques that go beyond the problem of not knowing the Turkish language, such as the image. and the voice translation service provided by Google.

Therefore, it is common for Arabs and Syrians who do not speak Turkish fluently to use Facebook and WhatsApp for the purpose of buying and selling used goods in Turkey.